Yesterday, I participated in another 21KM run event titled: Run United. This was the third half-marathon I ever joined in my life. 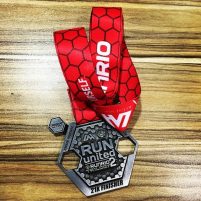 After doing this two times already back in 2013, I thought I’ll be able to top my first two 21KM run. My first two runs were logged at: 2:37 and 2:40 hours respectively. Yesterday, however, I finished at 3:05. So what was the difference? Why did I do so poorly this time around? After much thought, I realized it all boiled down to this one word:

Three months ago, I wrote a blog that talked about Perseverance. You may check it out in the link below:

The first blog deals more with describing what perseverance is and looking at it from a Biblical perspective. Yesterday, I experienced it first hand. After doing poorly from yesterday’s run, I learned and realized three things that can prevent us from having a persevering spirit.

People asked me how did I do in my run? I told them the truth and said that I finished at 3:05. At the risk of sounding like a poor performer I immediately made excuses. One of the excuses I said is that I gained 10+ pounds since the last time I did this back in 2013. I reasoned that the weight difference affected my pacing. I had to jog at a slower pace. Also, after the 12KM mark, my legs started to cramp up. I immediately went to a nearby medic to have ice applied to my quads and calf muscles. I couldn’t speed up anymore because I knew my legs would give up on me. Thus, I started walking for the most part of the 2nd 10KM. Although, some of my excuses may seem legitimate I realized that in life there will always be unforeseen factors that can hinder us from reaching our goals or performing excellently. We have to be ready and prepared for uncontrollable factors that will arise. When these things come we have to adjust and do our best. For a huge part of that second half, I could still have jogged at a slower and much more steadier pace. However, the excuse of cramping up got the better of me that time. 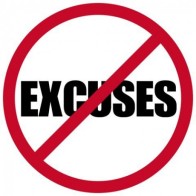 What excuses have you been using lately? What do you think are the things you can do better to adjust given certain uncontrollable factors that comes? For me, I did not want the pain even though it was tolerable which leads to my second point.

This is an age-old expression that is mostly used in working out, professional sports and even the military. In this life we will experience pain whether that’s physical, emotional, social or spiritual. Pain is something inevitable. The problem I see with most people is: The moment we feel pain coming, we want to back away from it as soon as possible. This is understandable as no one likes experiencing pain. However, the truth is pain is something we cannot get away from, we should just learn how to manage through it.

I realized that this is one aspect of perseverance: Going through and tolerating the pain that we will face. The moment my leg cramped up a bit I didn’t want to risk making it worse. Looking back, I realized that the pain was tolerable but was not something I was willing to go through. No Pain No Gain. The truth with this statement is, after we’ve experienced pain for a little while, our body muscles will heal and recover. After the muscle recovers, it’s now capable of bearing the same amount of pain and even go further. Pain oftentimes becomes an excuse for quitting rather than a reason for progress. What are some painful things you’ve been experiencing lately? What are some ways you think can help you manage and go through the pain you’re experiencing? I guess there’s some bit of truth to the saying: “What doesn’t kill you only makes you stronger”. Lastly, in relation to my first and second point:

I emphasized this on my first blog above. Now I realized that there’s a ton of difference from knowing it intellectually and actually doing it. When my legs cramped up I entertained thoughts of quitting.

Those were some of my thoughts. I thought I was not going to be able to finish the race. Those thoughts entered my main half way through the race. Like what I mentioned in the first blog, the first thing we have to understand with perseverance is: “Perseverance is not giving up”. Quitting should not be an option and should not even be entertained. The moment the thought of giving up crosses your mind, rebuke it immediately. 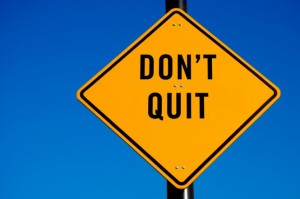 Just this morning, I was watching Game 2 of Cleveland vs. Golden State Warriors. This series would look like it’s going to be another classic. After watching a lot of great series in the past, I realized that those who battled for the championship almost had the same level of skill and talent. The thing that sets apart the champions from those who are just really talented are the ones who will want it more in the end. Champions are those who have taken out the word “Quit” out of their vocabulary. Golden State vs. Cleveland, it will go down to the team who will want it more in the end and not quit. That’s how important perseverance is. It’s the difference maker. 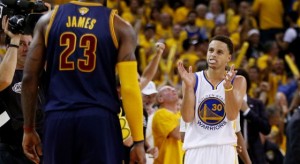 So there you have it! Three insights that I hope can help you endure and persevere with the challenges that life will bring you. Always remember: Stop Making Excuses, No Pain No Gain and Don’t Quit! A blessed week ahead of you 🙂

Posted by andrewwee05 on June 8, 2015 in Uncategorized